International seminar in Melilla on the phenomenon of MENAS 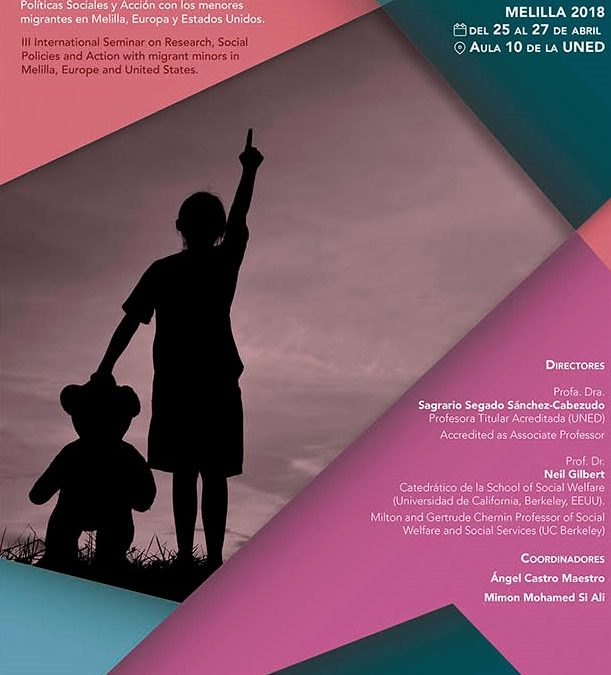 The Associated Center of the UNED in Melilla will once again analyze the phenomenon of MENAS in the III International Seminar on Research, Social Policies and Action with migrant minors in Melilla, Europe and the United States, which will take place from April 25 to 27.

This third edition consolidates the objective and orientation with which these international seminars were born in the city of Melilla more than three years ago: to connect this unique autonomous city with the rest of the Mediterranean natural border in the first instance, followed by Europe and the rest of the world regarding migrant minors. Because these minors are a global reality of emergency anywhere on the planet. Minors are the most vulnerable group in any society, if they are also migrants, and if they are also unaccompanied, we undoubtedly reach this emergency status to which reference has been made. Regardless of how you look at it, they are our priority, they are so in altruistic terms, but they are also so in selfish terms, since these children will be the adults who populate our immediate societies.

In this context, Melilla is situated as the natural border of southern Europe and the Mediterranean. The Autonomous City, together with Ceuta, constitutes one of the main recognized routes of entry for immigration into Europe, and as such, they must be identified, treated and considered from a social and political point of view.

The final idea of ​​this seminar is to deepen awareness within our local and national context and as part of a global reality. The creation of the new European Center for Research, Policies and Action for Migrant Minors, marks a before and after in the celebration of these international seminars that the UNED has been holding in collaboration with the Ministry of Welfare in Melilla on migrant minors. This European center gives shape to the results of research and practice that were achieved in previous seminars, with the aim of internationalizing the city of Melilla in relation to migrant minors, and acting as an interlocutor with the rest of the entities from all areas aimed at this group.

It is an enormous privilege to have this panel of first-rate experts from various disciplines and from various parts of the world. We are deeply grateful and very expectant about the information and the debate that will take place in the third edition of this international seminar.